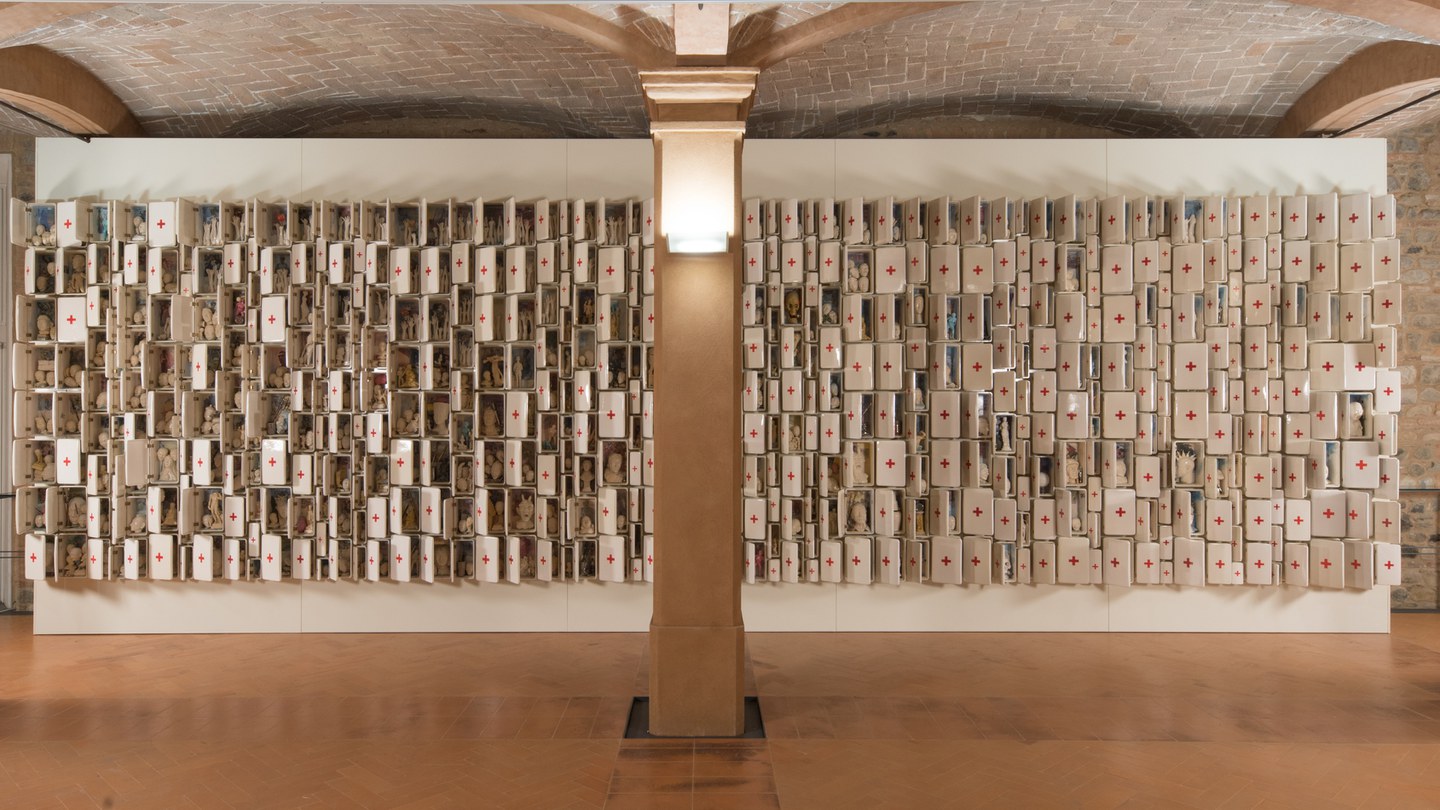 The Bertozzi & Casoni museum is located inside the Cavallerizza Ducale, another area of the monumental complex of the Ducal Palace in Sassuolo. Built between 1781 and 1788 at the behest of Duke Ercole Rinaldo III, the "Cavallerizza" building was intended to house the stables and lodgings of the "Dragoni Ducali" at the service of the Estense court. Renovated in the 90s thanks to the local entrepreneur Franco Stefani and Studio Pincelli & Associati, Cavallerizza has regained a social and cultural function after years of inactivity, becoming the site of the first permanent exhibition of contemporary art dedicated to ceramics.

In an area like Sassuolo, where ceramics have long played a fundamental role in development and innovation, the works of two artists such as Giampaolo Bertozzi and Stefano Dal Monte Casoni represent a real bridge between the ceramic industry and contemporary art and show how technology and innovation, linked to the industrial world, can also pursue a cultural purpose. Indeed, ceramics are the expressive language chosen by the two artists, whose sculptural works have become internationally bespoke icons of a contemporary human condition that is expressed between surrealism and hyperrealism with examples of decay, truth but also beauty.

WHERE WE ARE
via Racchetta, 4, Sassuolo, MO, Italia