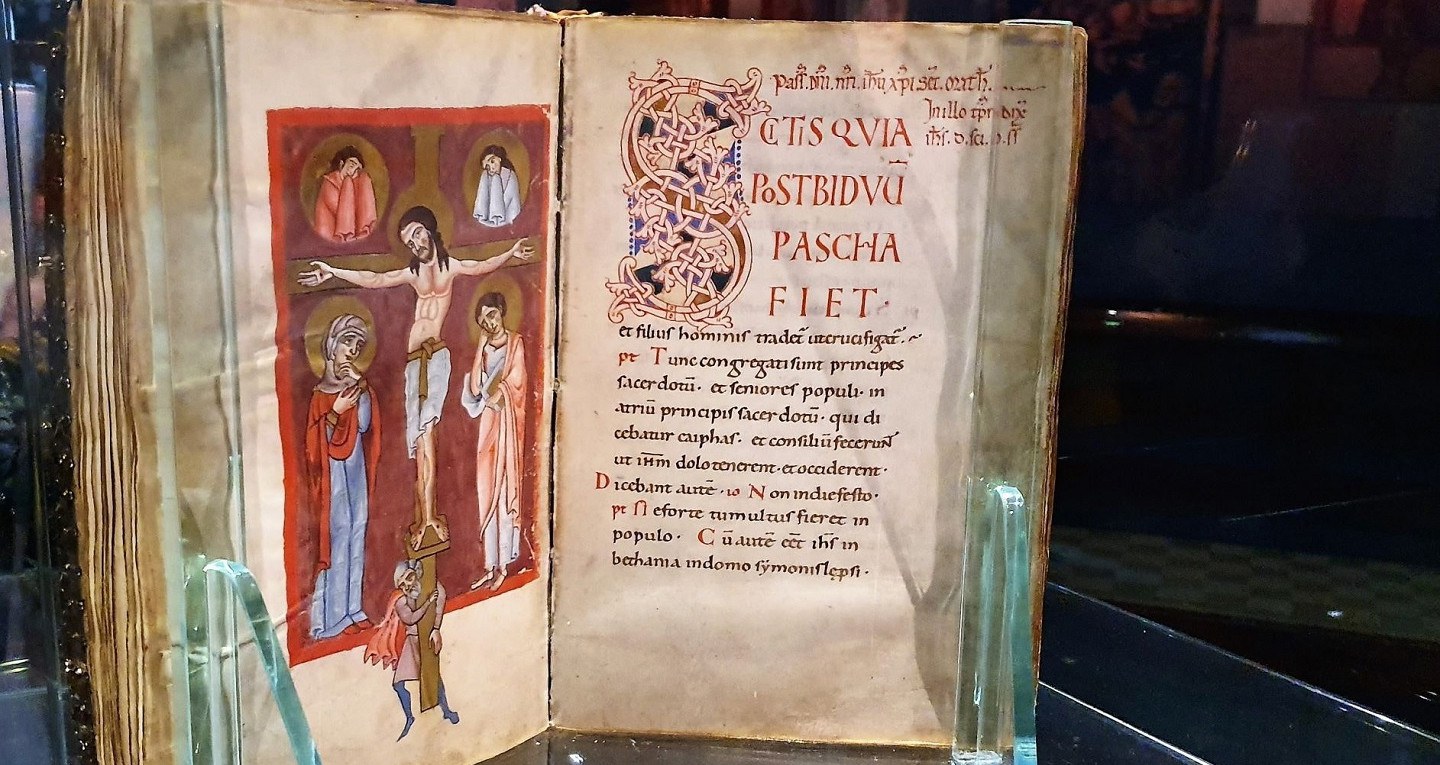 The Museum of the Absurd, a collection of works that grows every year, is dedicated to the absurd in all its expressions, it favours Institutes of Art, Academies, the Avant-garde and trends.
The "Musa-Museo dell’ Assurdo" was inaugurated in June 2002 to coincide with the event "Mercurdo - Mercato dell’ Assurdo" or Market of the Absurd; an event dedicated to the absurd that has been taking place in Castelvetro for several years. The primary objective of the MUSA is that of “solidifying” the experiences produced by the “Mercurdo”, to make them permanent; the second considers this new museum, almost as a “cultural pretext” to contribute and explore the debate and proposals about contemporary art.
The primary core of works ( "Un tuffo in una goccia" by Rossella Tauro, "Mi Mangio, ti mangi, si mangia" by Lucas Diaz Gundin – currently undergoing restoration-, "Il pennello acrobata" by Sara Mantovani, "E che busto..." di Alessandro Neretti ) were created in collaboration with the "Gaetano Ballardini" State Institute for Ceramics in Faenza.
Following the inauguration of the outdoor section in 2004 the first indoor room was inaugurated and was designed to house the Museum’s permanent collection as well as extemporaneous exhibitions.
Since then every piece destined for the Library Courtyard has been created and interpreted in an "absurd" way: like the Library sign "Libri stesi" by Sara Balzani and Nicola Zamboni, like the mesh fencing that surrounds the space ("la Lisca" by Marco Bellotti) and, lastly, the signs by Antonio Sorrentino entitled "Poggio Attonito". The large female bust "Composition of body" by Ko Jae Chun arrived thanks to collaboration with the Fanano Symposium.
The covered section, established in June 2004, houses small and medium sized works of art dedicated to the Absurd as well as projects created for the Musa. The indoor section includes works by: Danilo Busia, Andrea Capucci, Silvia Levenson, Luca Lumaca, Alex Pinna, Wall, Enrica Borghi and Adriano Persiani.
The museum currently has 3 indoor sections: The first and the third rooms “The Absurd as a metaphor for Existence" and “The Absurd as a neo-baroque game” house the Museum’s permanent collection.
The central room houses extemporaneous exhibitions; the latter include “Poesia Oggetto” a collective exhibition, organised by Valerio Dehò, that bears witness to the need, during the neo-avant-garde period (from the 1850s onwards) to shatter the academic distinctions between the arts, thus generating actual sculptures made of words.

Opening dates and times
The museum opens during events and for groups with reservation.