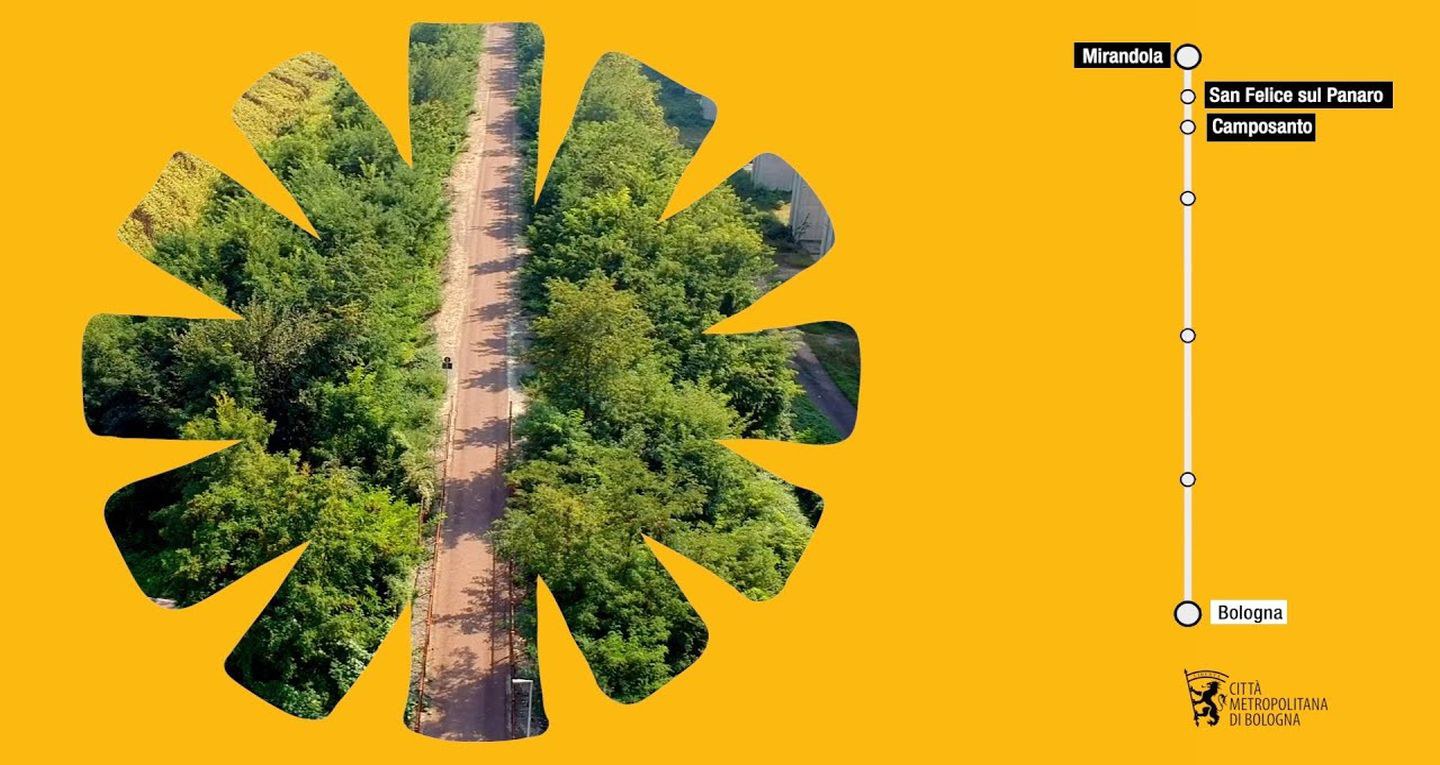 From April 13, 2021, the Mirandola - Sala Bolognese section of the Ciclovia del Sole is open. It is a 46 km itinerary, 32 of which on the former Verona - Bologna railway line. It is an easy and completely safe route that allows you to cross an authentic and hospitable land, immersed in the countryside of the Po valley, between villages, fields and canals. In the Province of Modena the route touches Mirandola, San Felice sul Panaro and Camposanto. 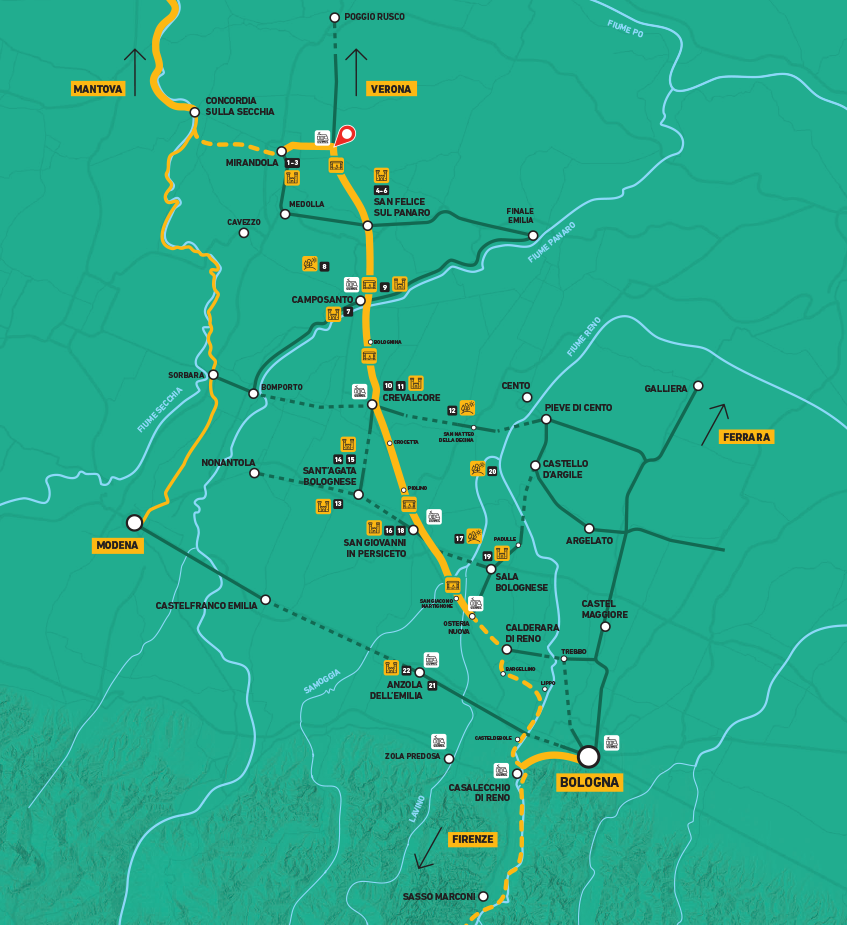 The cycling itinerary starts from Piazza Bra in Verona, connects to the cycle path on the Mincio to reach Mantua, joining the cycle path coming from Peschiera sul Garda. From Mantua continue towards San Benedetto Po.

At the border of the Province of Mantua, the itinerary follows the bank of the Secchia river until it reaches Concordia sul Secchia. Later the route forks, one branch points towards Mirandola entering the cycle / pedestrian path along the former Verona-Bologna railway.

The other branch continues with the variant that passes through Modena mainly on the river banks giving an incredible view on the countryside in the Po Valley. 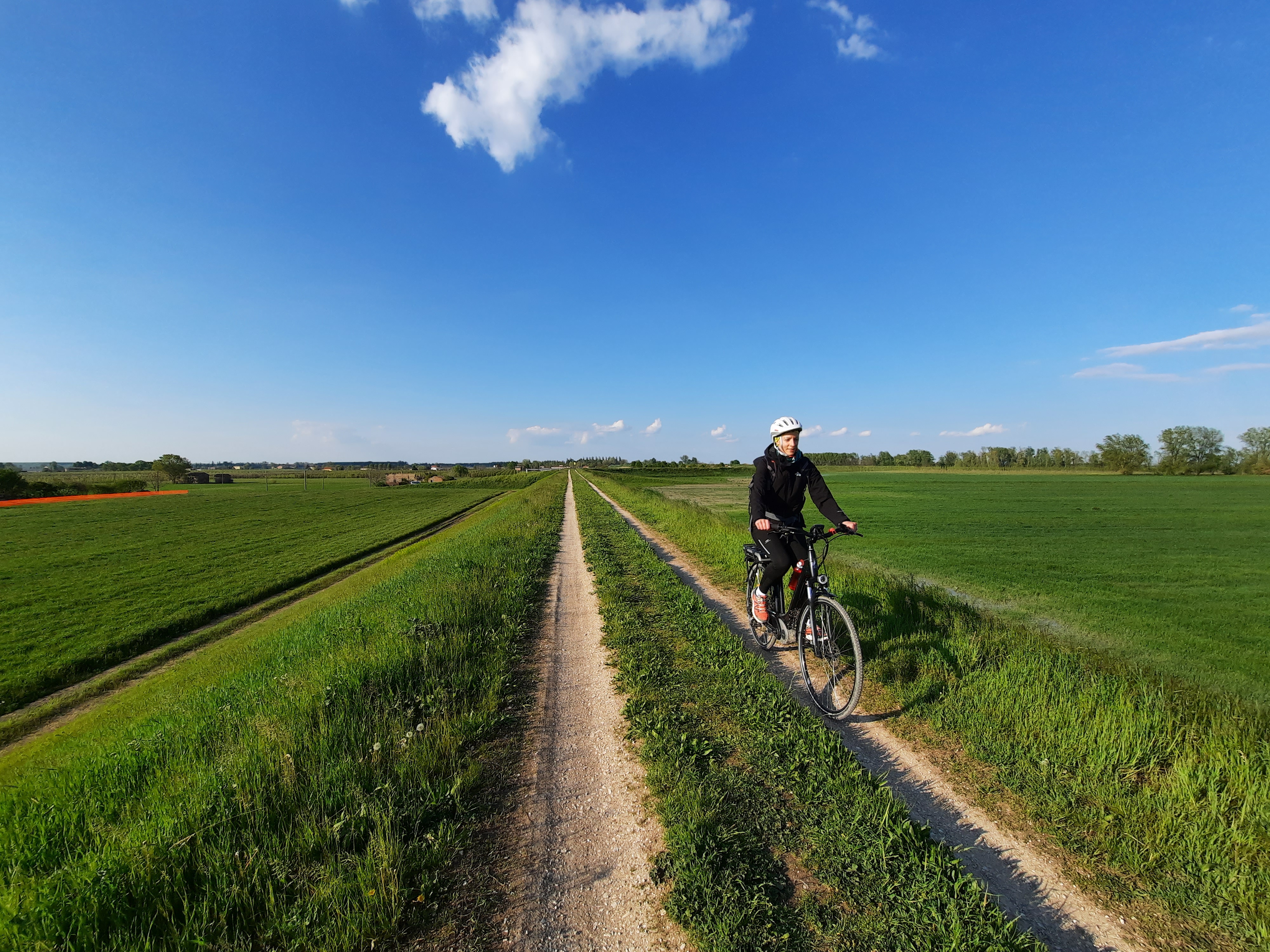