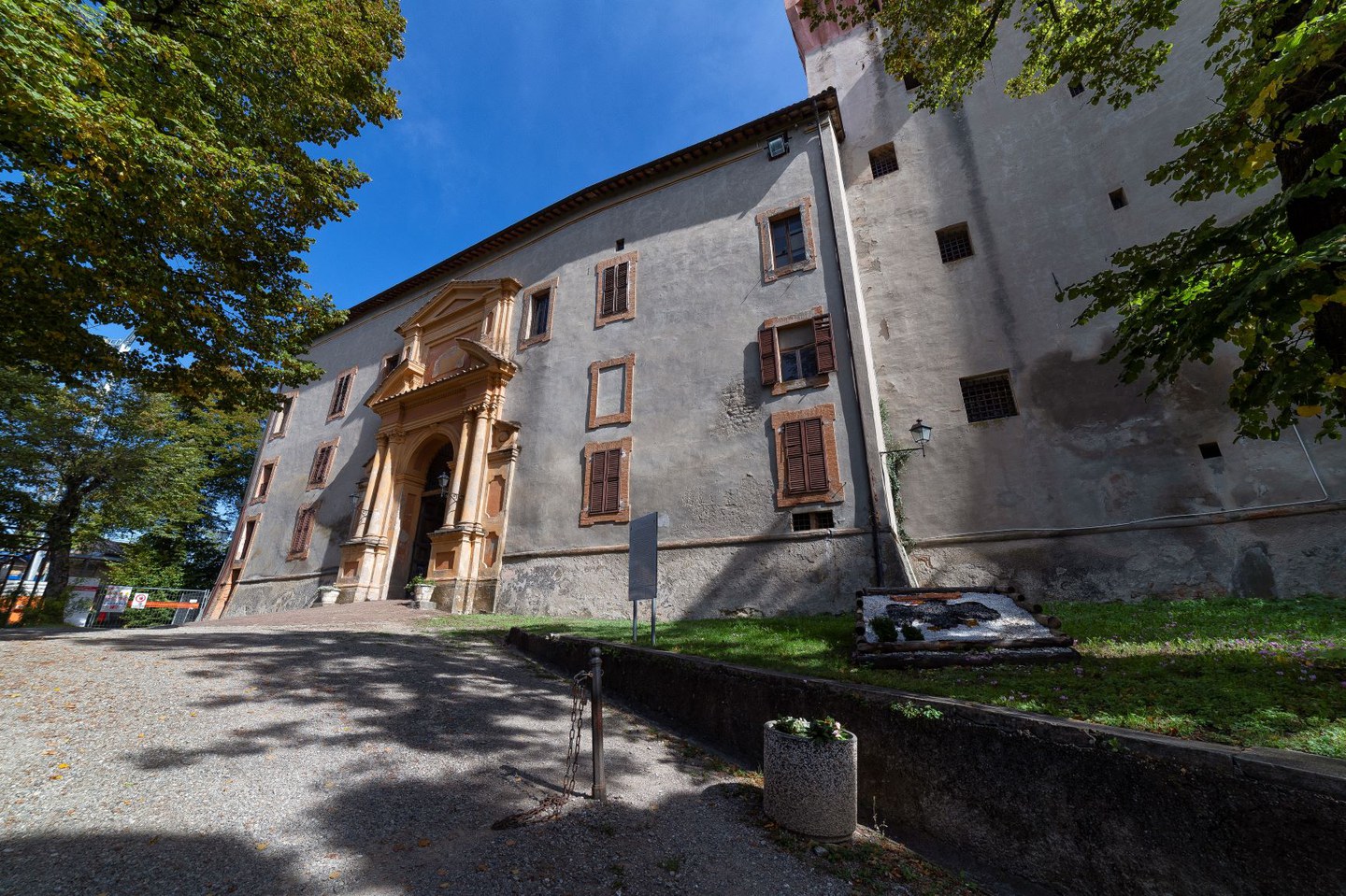 Given its strategic position on the border between Modena and Bologna, over the centuries Guiglia was often the scene of clashes between rival factions, and the history of the town is tied to its fortress.

At the beginning of the 15th century, Guiglia was ruled by the Pios of Carpi and, after various vicissitudes, fell into the hands of the House of Este in 1630. The Estes later conceded the town to the Montecuccolis as a fiefdom. At that point, the castle became a feudal palace and the summer residence of the Montecuccoli marquises until 1796.

Called “Emilia’s balcony,” Guiglia offers both the luxuriant nature that surrounds it (a large part of the Sassi di Roccamalatina Regional Park lies here) and for its splendid castle. In addition to its historical interest, the castle affords a fantastic view over the plain.

The Guiglia Castle
The imposing mass of the Guiglia Castle, a well-preserved 14th-century fortress surrounded by a characteristic old town area, is recognizable from kilometers away.

Though its origins are uncertain, the castle was rebuilt in the 1400s by the Pios of Carpi, who added a crenellated tower. Some two centuries later, the Montecuccolis transformed Guiglia Castle into a noble residence.

Known also as the “little convent” because of the Carmelite convent that was once housed inside, Guiglia Castle is entered through a solemn portal that opens onto a courtyard with loggias typical of a sumptuous residence.

Nearby is the Oratory of the Madonnina with its three Montecuccoli tombs.

The Old Town
The old town around the castle features a clock tower from 1535, the neoclassical interiors of the Church of St. Geminianus (San Geminiano), a monumental arch decorated with the heraldic emblem of the Montecuccolis (the eagle), and ornate houses below the castle.

The borlengo (a thin flatbread) was invented in Guiglia and is typically served with a filling called cunza, which is made of lard, rosemary, parmesan cheese, and garlic.

Prosciutto di Modena is also produced in this area. No table is complete without the other, more traditional local specialties: filled pastas, balsamic vinegar, and Parmigiano-Reggiano cheese.

“Borlengai” or borlengo chefs prepare borlengo in the open air, and the weekends’ programs include wine and food, performances, guided tours, and other events.

The Trebbio Parish Church
The Trebbio parish church, with its three naves and a crypt, is among the most significant examples of Romanesque-style architecture in the Apennines. The church stands isolated among centuries-old trees in the heart of the Sassi di Roccamalatina Regional Park.

Samone
The medieval village of Samone, one of the main villages of the Sassi di Roccamalatina Regional Park, surrounds a 17th-century bell tower and defensive structure. The Museum of the Tigella (the local name for crescentine, a round, flat bread, flavored with spices and generally eaten with cold cuts, cheese, or spreads) is in the tower house. The arch that serves as an underpass between the houses is impressive and the houses’ ornate windows and doors are quite beautiful.

Belvedere Path
The Belvedere Path can be covered on foot, on horseback, or by bicycle. Its forty-eight kilometers extends from Casona di Marano to Mount Belvedere (1,140 meters) in Montese.


When’s the Best Time to Visit

Late spring and summer are the best seasons to enjoy this location and its natural surroundings.

WHERE WE ARE
Guiglia, MO, Italia